What are the Pros and Cons of Cryptocurrency?

Cryptocurrency is basically a digital currency that is managed by using one of the most advanced encryption techniques called cryptography. The first ever cryptocurrency known as Bitcoin (BTC) was introduced in 2009. But it wasn’t until 2013 that Bitcoin actually captured the public attention. During that year, Bitcoin traded a record $266 per Bitcoin. Currently, it trades at around $10k, while other cryptocurrencies similar to Bitcoin such as Ethereum, Dogecoin, and Litecoin have also come to the fore. 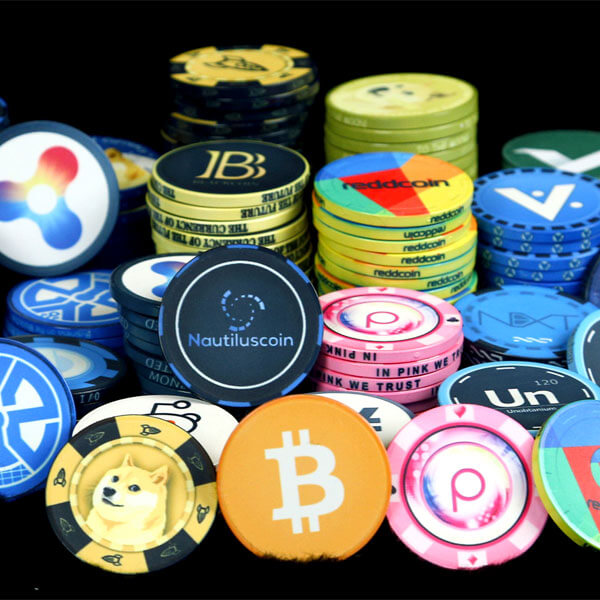 However, the opinions on cryptocurrency are divided, especially after Bitcoin’s value jumped 50% following the rumors that the digital currency will blow up. While there are many advantages to cryptocurrency, many traditional economists and financial experts believe that cryptocurrency is a disaster and it will eventually go down the drain. But, there thinking hasn’t stopped people from investing in the cryptocurrency. Currently, Bitcoin is valued at around 2 billion in the financial market.

There are many advantages of cryptocurrency over the traditional currency technology. Let’s take a look at some of the most important ones to help you understand why you can invest in cryptocurrency.

According to statistics, if you invested $1,000 in bitcoin in 2013, it would be worth over $400k today. Initial Coin Offerings (ICO) have allowed investors to get huge returns in a short amount of time. Stratis, that raised $600k during their initial coin offerings in 2016, has seen a rise of 63,000 percent in the price.

So it’s not difficult to start thinking of investing in cryptocurrency when you see such return on small investment this quickly.

One of the biggest advantages of cryptocurrency over real currency is that it is totally fraud-proof. Cryptocurrencies such as bitcoin operate on the blockchain technology which is basically a decentralized global record of every bitcoin transaction ever made. Because of its decentralized nature, cryptocurrency cannot be reversed or counterfeited randomly by the sender, which is the case with credit card charge-backs.

If for some reasons you give your credit card to a merchant, you are actually giving him/her access to all your credit line, even if the transaction being made is for a small amount. Credit cards work on a “pull” mechanism, where the seller initiates the payment and takes out (pulls) the designated amount from the account. Whereas cryptocurrency operates on a “push” basis that allows the user to send the exact amount they want to send to the recipient without any additional information about the user.

This is why, credit cards often results in fraud, especially when you hand over your credit card to make transactions. You basically have zero control over the whole payment process. But when we talk about cryptocurrency, the user controls everything. Users can send the required amount to the recipient without revealing additional information about themselves.

When buying real property, you have to deal with different parties (lawyers, notary), payment, and delays. In many ways, cryptocurrency is like a large property rights directory. Cryptocurrency like bitcoin can be designed and enforced to add or remove third-party approvals or be completed in a given time for a fraction of the cost and time needed to complete a traditional asset transfer.

Since most cryptocurrency operates with blockchain technology, it allows you to create virtual contacts and eliminate third party approvals that can make the transaction time longer.

Cryptocurrency is unregulated and decentralized, giving access to the whole world. Since it is more accessible to us than fiat currency, more and more users are now using cryptocurrency to make payments, including those who don’t have online access to the traditional payment system. A great example of this is that of Kenya’s M-PESA system, a mobile-based money transfer that recently announced a bitcoin device, resulting in every one Kenyan out of three now owning a bitcoin wallet.

Although cryptocurrency has so many benefits for a normal person, it comes with a number of disadvantages as well. However, these disadvantages don’t look threatening, they still need to be addressed in order to make a better understanding of what is there in cryptocurrency for all of us. So here are a few drawbacks to cryptocurrency that we found while knowing it:

Since cryptocurrency is totally driven by technology, many people don’t have any idea of how it works. Due to the lack of knowledge in cryptocurrency, there is a great level of skepticism and doubt in everyone’s mind about it.

Suppose, you don’t have the right knowledge about cryptocurrency and you try to invest in it, you could lose a lot, and I mean A LOT of money in doing so. So, again it’s a risky business if you don’t know the basics of what cryptocurrency is.

There is no perfect way to protect your bitcoins from basic human errors, technical faults, or fiduciary fraud. According to statistics, 25 out of 50 web-based businesses that offered to exchange bitcoins into other regular currencies have gone bankrupt. The report also states that the average lifespan of a bitcoin exchange is a little over a year, with 30% chance of a new exchange closing within a year from opening.

Since these cryptocurrencies aren’t regulated by any financial association, there is no security for the money, and there is nothing you can do if you lose your money.

The design of the cryptocurrency system limits the speed and number of transactions that can be processed. This means it is unlikely that cryptocurrency will be replacing the traditional credit card transactions any time soon. Currently, Ethereum is the only network that handles a little over half a million transactions per day, whereas bitcoin handles just over half of them. These numbers will eventually grow as the cryptocurrency continues to grow in popularity in the coming years. As its popularity increases, they will need to ”scale” in order to meet the needs of their growing user base. Without scaling, more and more users will come and the system will become crowded and expensive to use. Right now, scaling has become a very important matter for cryptocurrency which needs to be resolved as soon as possible.

While it’s really surprising to see cryptocurrency’s use for illegal transactions, it’s critical for us to know how useful cryptocurrency really is. It may be troubling for the traditional currencies and online payment systems, but cryptocurrency will need applications for creating complex electronic contacts, inexpensive international money transfers, or use micropayment transfers or fundraising campaigns.

While only basic guidelines are currently being given, law enforcement agencies are already labeling cryptocurrency as a huge money laundering scheme’ and are passing some strict regulations that would decrease the currency’s value. Due to such strict regulations, investors and traders must invest in cryptocurrency more cautiously. Being cautious about what crypto activities you perform or participate in, will allow you to protect yourself and others, and inspiring a much more trustworthy ecosystem.

Just like any new technology, there is a lot of uncertainty around cryptocurrency. And since banks and government organizations are totally against such currency, people also fear using it. Then there is the fear of the whole system exploding and people losing all their money.

When we talk about bitcoin, it has also faced a lot of security issues in regards to wallet encryption and backup. However, the best bitcoin security option for wallet backup and encryption is using a reliable VPN. VPN is not just the best tool for internet privacy but it is also one of the most advanced encryption techniques for cryptocurrencies like bitcoin.

In order to invest in cryptocurrencies like bitcoin in the right way, you will need to learn a little about what bitcoin is, where it is used, and how you can get it.

Cryptocurrency is an innovative but amateur concept that can potentially disrupt the whole financial market. Although it has a long road to cover, it is true that cryptocurrency has grabbed everyone’s attention in a short time span. There are always benefits and drawbacks to every new innovation. To be able to make the best use of it, we need to look into both sides before we make any decisions. With cryptocurrency, it’s not just the technology, but the global acceptance of it that has made the difference. Only the time will tell what the future hold for this innovation.